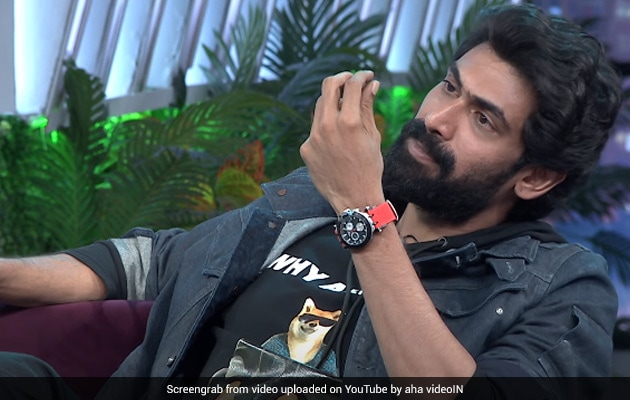 Rana Daggubati said the “missing luggage” has not been tracked, and the airline’s staff has no clue.

Mr Daggubati was irked by the airline’s services and said IndiGo is “clueless with flight times”, and his “missing luggage” has not been tracked, and the airline’s staff has no clue.

India’s worst airline experience ever @IndiGo6E !! Clueless with flight times…Missing luggage not tracked…staff has no clue 💥 can it be any shittier !! pic.twitter.com/odnjiSJ3xy

The domestic airline responded to the actor’s tweet and apologized for the “discomfort” he experienced when his luggage didn’t arrive.

“While we apologise for the inconvenience caused in the meantime, please be assured, our team is actively working to get your luggage delivered to you at the earliest,” IndiGo said in its response to the Bahubali actor’s Tweet.

In another incident, a video is being shared widely on Twitter showing two baggage handlers of IndiGo carelessly offloading two boxes from the aircraft to a container.

Hi @IndiGo6E is this how you handle all flight luggage everyday or today was special? pic.twitter.com/A15hN6RxeJ

IndiGo later clarified that the customers’ luggage was not mishandled, and the boxes contained non-fragile cargo and were packed in a way to “endure fast manoeuvres.”

The airline has been scrutinized in the past as well for its services, in June, actor Pooja Hegde flagged the rude behavior of an IndiGo staff.

Ms Hegde said the IndiGo official used an “arrogant, ignorant, and threatening tone for no reason.”

The airline apologised to the actor and asked her to connect with them.

In May, the Directorate General of Civil Aviation (DGCA) imposed a fine of Rs 5 lakh on IndiGo airlines for not allowing a boy with special needs to board a flight from Ranchi.

IndiGo ground staff’s refusal to allow the child from boarding saw widespread criticism, prompting a probe by the DGCA.