All News At Finger Tips – Asia Cup 2022 | There needed to be a change in our attitude and approach in how we play our game: Rohit Sharma

India captain Rohit Sharma said that a change in approach and attitude was needed for the team in T20Is and the message was conveyed to the players after the 2021 World Cup exit.

India captain Rohit Sharma has said that the team needed to have a change in their approach and attitude to playing T20Is and had conveyed this message after their 2021 World Cup exit.

Under Sharma, India has enjoyed a great amount of success in the shortest format of the game, losing just two matches since he took over as full-time captain.

The Indian captain has also led the team brilliantly in their recent assignments in England and West Indies. There was a clear change in the playing style adopted by the team, as they were more aggressive while batting. Now, Sharma has revealed that the change was needed and the message was conveyed after the World Cup in Dubai last year.

Speaking on the Star Sports show, Follow The Blues, as quoted by Hindustan Times, the India captain said that the change in attitude and approach was conveyed to the team after their disappointment in the World Cup.

“We made it very clear after the T20 World Cup in Dubai, where we didn’t qualify for the finals – that we felt there needed to be a change in our attitude and approach in how we play our game,” said Sharma.

“If the message is clear from the captain and the coach about where the team is trying to head, then the individuals will definitely try to do that. For that to happen they need freedom and clarity and that’s what we are trying to do. We are trying to give them as much freedom as possible,” said Sharma. 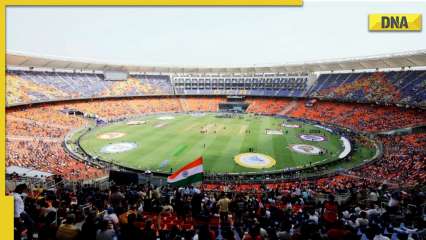