Himanta Biswa Sarma in August 2022 mentioned that Assam had transformed into a ‘hotbed of jihadi activities’. (File pic: ANI)

Among other things, the letter dares chief minister Himanta Biswa Sarma to carry out eviction in the Bandali Reserve Forest area

A few handwritten pamphlets found at a Hindu temple in Barpeta, Assam, have raised renewed concerns about the presence of radical Islamic elements in the region. Though the pages do not have any optical resemblance to a proper organisational letterhead, they claim to be from a “Jehadi Club” operating from Bandali Reserve Forest area.

“We’ve come for an investigation, people need not be scared. Some miscreants did this misdeed in order to create a panic situation in society. Our investigation continues. Since morning we have been on this issue and we assure all again, not to be scared,” stated Bidyut B Bhuyan, additional superintendent of police, Barpeta, Assam.

“We got the news in the morning that in Bunagohain Than of Bohori Satra, some miscreants who claim to be jihadis have written notes and left them inside the temple. In the letter, they have dared the chief minister to carry out eviction in the Bandali Reserve Forest and also challenged him to eat a certain meat. We have an assumption that the Bandali forest houses Jehadi elements and we urge the government to take quick action. We handed over the documents to the police and urged them to initiate a judicial inquiry into the incident,” said a local person from Bohori Satra.

Himanta Biswa Sarma in August 2022 mentioned that Assam has transformed into a “hotbed of jihadi activities”, with five modules having links with Bangladesh-based proscribed outfit Ansarullah Bangla Team (ABT) – an al-Qaeda affiliate in Indian subcontinent (AQIS) – busted in five months.

Addressing a press conference, Sarma noted that six Bangladeshi nationals belonging to the outfit had entered Assam to indoctrinate youths, and one of them was held when the first module was busted at Barpeta in August 2022.

Assam police had busted sleeper cells in Barpeta, Bongaigaon, and Morigaon, and recovered incriminating jihadi literature. 29 ABT leaders/cadres have been arrested so far.

“I am not aware of the incident…police shall look into it,” informed Himanta Biswa Sarma when asked about the Barpeta issue in Guwahati.

Reacting to the incident, director general of Assam police Bhaskar Jyoti Mahanta maintained that it was an act by miscreants and they seek such opportunities ahead of occasions such as the Republic Day celebrations.

“We have taken cognisance of it and actions shall be taken accordingly,” he added. 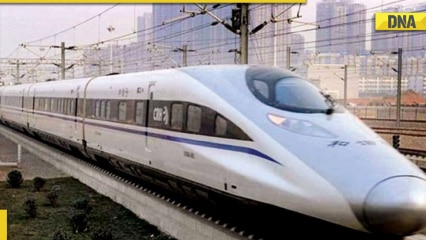