Rakhi is seen making her entry into the show and surprising the housemates.

Bigg Boss Marathi Season 4, hosted by Mahesh Manjrekar, is currently at its peak to entertain the viewers. The show had already brought out many shades of the contestants. But to make it more interesting and thrilling for the audience, the makers announced that they will soon start the entry of the wild card participants of this season.

The makers have recently revealed the name of the first wild card participant. Entertainment queen Rakhi Sawant enters the house as a wild card contestant in the form of a challenger.

Recently a promo video has been released on the official Instagram page of Bigg Boss Marathi, where Rakhi is seen making her entry into the show and surprising the housemates. After entering the show, she is seen getting some special power from Bigg Boss and is also seen teasing other contestants like Apurva Nemlekar and Vikas Sawant.

In the upcoming episode, the show will be changing its rules for housemates. What special powers will the wild card participants get? Will new groups form within the house? How will these entries change the dynamics in the BB house? Answers to all these will be revealed soon in the coming episodes.

For the unversed, Rakhi has also been part of Bigg Boss Hindi hosted by Salman Khan.

For the first time in Bigg Boss Marathi history, wildcard participants will compete as challengers. Now, it will be interesting to watch how they will play their game and challenge the housemates. 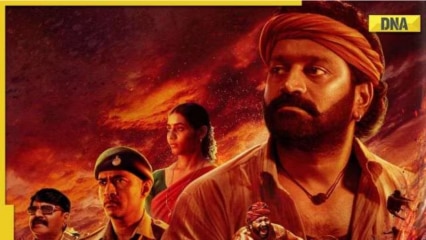 Rishab Shetty announces Kantara prequel, says ‘what you have seen is actually part 2, part 1 will come next year’