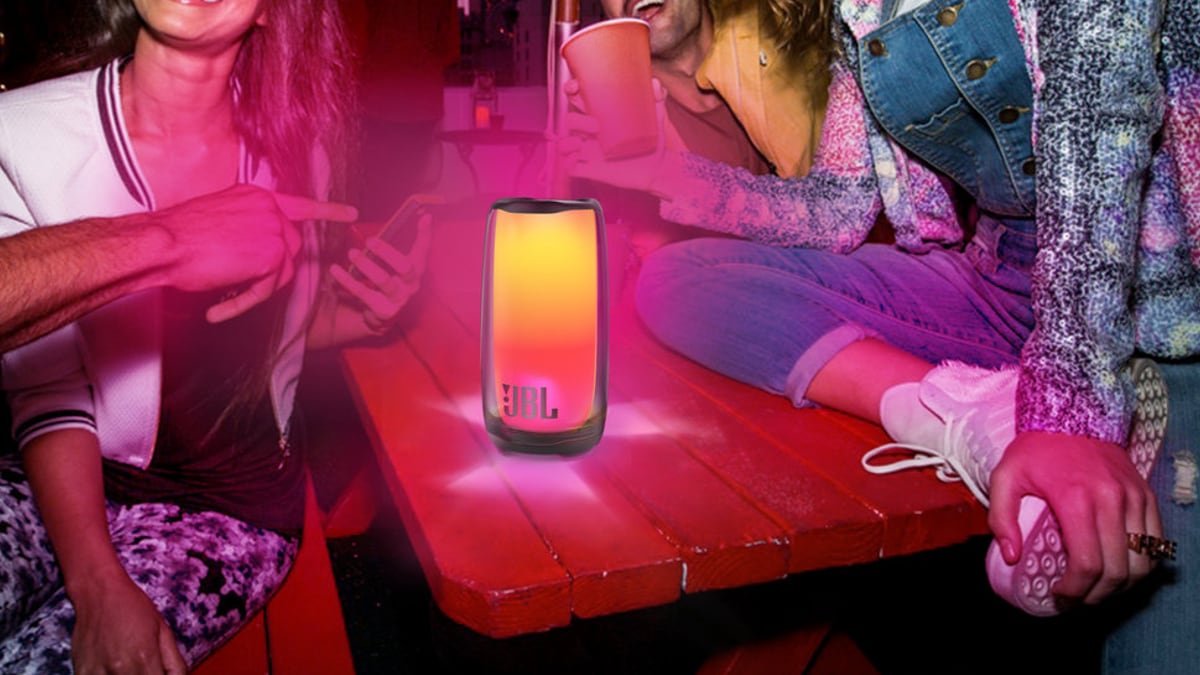 JBL’s popular portable Bluetooth speaker lineup and wireless gaming headset series have been expanded with new launches at CES 2022. JBL Pulse 5 and JBL BoomBox 3, launched by the Samsung-owned brand, offers Bluetooth v5.3 connectivity and offer wireless pairing with up to two smartphones or tablets at a time. The new JBL Pulse 5 pairs JBL’s 360-degree immersive sound with LED light show, while JBL BoomBox 3 has a three-way acoustic speaker design and is said to deliver up to 24 hours of playtime.

JBL BoomBox 3 will be available in Black and Squad colour options. Colour options of the other two devices are not yet revealed by JBL. New JBL portable speakers and JBL PartyBox Encore will be available for purchase via the company’s official website and selected retailers starting summer 2022.

According to JBL, all new devices in the Quantum lineup along with JBL Live Pro 2 will go on sale starting spring 2022 via the official website and select retailers.

India pricing and availability details of the new JBL products are yet to be announced.

The new portable speakers by JBL come with fresh designs and improvements over their predecessors. As mentioned, JBL Pulse 5 pairs 360-degree immersive sound with a LED light show. JBL BoomBox 3 has a three-way acoustic speaker design. Both the devices feature Bluetooth v5.3 for connectivity and offer wireless connectivity to up to two smartphones or tablets to the speaker. They are IP67 rated for water and dust resistance as well. Users can choose colours and effects through the JBL Portable app available on Google Play and Apple’s App Store. JBL Pulse 5 and JBL BoomBox 3 can be paired with two JBL PartyBoost-compatible speakers for stereo sound or link multiple JBL PartyBoost-compatible speakers.

JBL Pulse 5 is said to deliver up to 12 hours of playtime on a single charge. It supports USB Type-C charging as well.

JBL PartyBox Encore comes with a digital wireless microphone (with AA batteries). With the dedicated JBL PartyBox app, users can customise the lightshow. It has a speaker output power of 100W and offers up to 10 hours of playtime with JBL PartyBox Lightshow. The party speaker has an IPX4 rating for water resistance and has USB and aux-in input. It offers wireless connectivity via Bluetooth v5.1. JBL PartyBox Encore ​can be used to pair two speakers together for stereo sound as well.

JBL Quantum Stream is introduced by the company as its first USB microphone. The dual-condenser microphone has a reversible stand that provides 360-degree movement, with additional mounting options. It has a metal design, and the stand is made up of aluminium. It also includes a metal ring and iron net. The microphone of JBL Quantum Stream features 2x14mm electret condenser with 24bit and 96kHz sampling rate. It features two selectable voice pick-up patterns to isolate one voice or include many. JBL has provided a mute button with an RGB ring indicator light. The latest JBL USB microphone is compatible with JBL QuantumEngine PC software.

JBL Quantum TWS is another new addition to the company’s Quantum range. JBL is touting JBL Quantum TWS as its first true wireless gaming headset. The Quantum TWS are made for mobile and console gamers alike. With a USB Type-C adapter, the headset ensures low-latency playback across PC, Mac, PlayStation, Nintendo Switch, and compatible mobile handsets.

The in-ear gaming headset have six beamforming microphones (three on each earbud). They support virtual surround sound, adaptive noise cancelling, and an ambient pass-through. The gaming headset are IPX5 water-resistant. JBL Quantum TWS also supports two connections at the same time via USB Type-C dongle or Bluetooth v5.2. Users will also get multi-AI support via JBL Quantum TWS when connected to a mobile device. In addition to JBL QuantumEngine PC software, they are compatible with the JBL Headphones app. JBL says they can last up to eight hours on a charge alone, and up to 24 hours with the case.

JBL Quantum 810 sports 50mm drivers and have active noise cancelling (ANC) feature along with a voice-focus beam microphone. The gaming headset uses a 2.4GHz wireless connection and allows pairing via Bluetooth v5.2. They are claimed by JBL to deliver up to 30-hour battery life.

JBL Quantum 610, like the JBL Quantum 810 model, features hi-resolution certified 50mm drivers powered by the JBL Quantum Sound Signature. They feature a voice-focussed flip-up boom microphone with auto-on and off mute feature. They use a 2.4GHz wireless connection and are said to offer up to 40 hours of battery life. They can be put on charging while gaming as well.

JBL Live Pro 2 TWS earbuds come with true adaptive noise cancelling feature. The earbuds feature 11mm drivers and six microphones with noise and wind isolation technology. JBL Live Pro 2 support dual connection and sync with Google fast pair. They also support Amazon Alexa and Google Assistant, offering a hands-free voice control option for users. Users can access the device with touch control or through the dedicated JBL headphone app. They are IPX5 rated for water as well. JBL Live Pro 2 are said to deliver up to 40 hours of playback time with 10 hours on the earbud and 30 hours from the charging case, in a single charge. The earbuds are said to offer up to four hours of playback time with 15 minutes of charging. They also said to support Qi compatible charging as well.

Catch the latest from the Consumer Electronics Show on Gadgets 360, at our CES 2022 hub.

Poco X5 Pro 5G India Launch On Feb 6: What To Expect And How To Watch Launch Event LIVE