All News At Finger Tips – Covid: Share of those on Oxygen support comes down | India News - Times of India

Home INDIA Covid: Share of those on Oxygen support comes down | India News...

NEW DELHI: The share of active cases on oxygen support and ICU has dropped in last one month, though the active caseload has increased exponentially during this period, indicating that the proportion of severe cases might have come down while cases remain high.
Currently, 3.7% of total active cases are on oxygen support, as compared to 4.5% on April 9. The number of patients in ICU declined to 1.34%, compared with 2.31% a month ago. The share of patients on ventilator have also come down marginally to 0.39% from 0.46% on April 9.
The active caseload has increased substantially and is currently at 37.2 lakh cases, up from 9.79 lakh active cases recorded on April 9. The high caseload may have an effect on percentages, but the admissions to critical care could well have been much higher given the higher transmissability of the virus in the second wave.
While the statistics were discussed in a high level meeting of Group of Ministers on Covid-19, headed by health minister Harsh Vardhan on Saturday, officials highlighted the need to urgently ramp up health infrastructure in tier 2 and 3 cities as the infection is moving to these regions and a surge in cases is being seen in rural areas.
The number of critical cases so far includes 4,88,861 patients who required ICU beds, 1,70,841 patients on ventilator support and 9,02,291 patients given oxygen support, Vardhan said. Some experts also point out that the data may not be adequate to draw a conclusion in a scenario where many patients are struggling to find oxygen support, hospital beds and ICU care.
While some states have been showing early signs of plateauing or a decline of positive cases, there are districts where cases are still on the rise. Around 180 districts have showed no fresh cases in the last seven days. 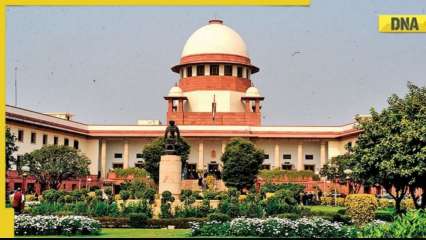