MUMBAI: CBI has registered an FIR against the former home minister of Maharashtra and senior NCP leader Anil Deshmukh along with other unknown persons for demanding Rs 100 crore bribery from suspended controversial police officer Sachin Waze.
CBI is searching the premises of Deshmukh and others in Mumbai. They are conducting searches at other places also.
Earlier, the Bombay high court asked the CBI to conduct an inquiry against Deshmukh in the bribery demand allegation made by the former Mumbai police commissioner Param Bir Singh and accordingly take further action.
The CBI inquired about the allegation for over two weeks and recorded Deshmukh’s statement last week who had denied the allegation. The CBI concluded its inquiry and found material evidence to register a corruption case against Deshmukh.
The CBI had also recorded the statement of Waze, Singh and the personal staff of Deshmukh before registering the FIR.
Suspended assistant police inspector Sachin Waze had told the CBI in his statement that Deshmukh demanded Rs 100 crore bribe from him after suggesting to extort the money from bars-restaurants. Param Bir Singh also supported Waze’s claim.
Earlier Singh wrote a letter to the chief minister stating that Deshmukh called Waze and assistant police commissioner (ACP) Sanjay Patil along with deputy police commissioner (DCP) Raju Bhujbal separately at his official residence in south Mumbai where he demanded the bribe. Waze and Singh told the CBI that Shinde and Palande were present during the bribe demand discussion.
CBI is inquiring about the corruption allegation following the Bombay high court order.
A lawyer Jaishri Patil had filed a petition in the court demanding independent enquiry on the basis of Singh’s letter.
In his letter, Singh alleged that Deshmukh had called Waze at his official residence, at that time, one or two staff members of the minister including Palande, were present. “..Home Minister expressed to Waze that he had a target to accumulate Rs 100 crores a month. For achieving the aforesaid target, the minister told Waze that there are about 1,750 bars, restaurants and other establishments in Mumbai and if a sum of Rs. 2-3 lakhs each was collected from each of them…”
Singh’s letter further stated that after a few days Deshmukh called the assistant police commissioner of the Social Service branch (that acts against illegal activities in bars) at his official residence to discuss the hookah parlours in Mumbai along with DCP Raju Bhujbal.
Palande gave them the target of “a collection of Rs. 40-50 crores which were possible through an approximate 1,750 bars, restaurants and establishments operating in Mumbai..”
Whereas in his letter, which Waze wanted to submit to the special court during his remand and circulated among media, stated that Deshmukh’s assistance Kundan Shinde was present during the bribe demand and he had suggested complying with Deshmukh’s demand to keep his police job.
Waze told the CBI that he had informed the then commissioner of police, Param Bir Singh, about the demand last January.
Earlier, Waze was arrested by NIA in a bomb scare case outside Antilia, the residence of industrialist Mukesh Ambani and the murder case of Mansukh Hiran.
Waze planted explosive material in Hiran’s vehicle and parked it outside Antilia with the help of his accomplices.
NIA arrested Waze in the bomb scare case. After the bomb scare controversy, the government suspended Waze and shunted out Param Bir Singh to an insignificant post. 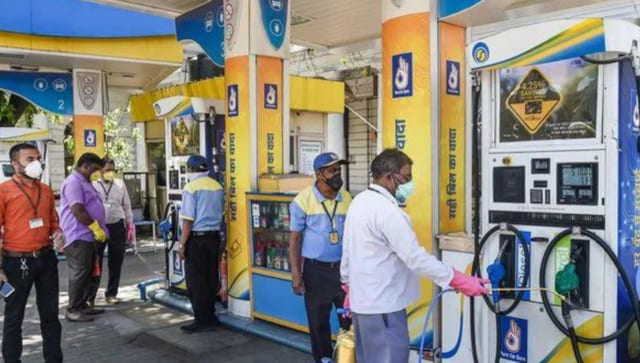