All News At Finger Tips – Gail Director arrested by CBI in bribery case, along with five others

Home INDIA Gail Director arrested by CBI in bribery case, along with five others 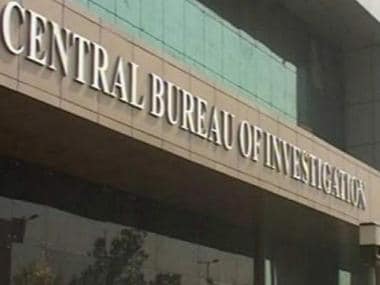 The CBI has arrested six persons including E S Ranganathan, director (marketing) of GAIL and alleged middlemen and businessmen in a case of alleged bribery of over Rs 50 lakh for giving discounts to private companies buying petrochemical products marketed by the Maharatna PSU, officials said on 15 January.

Following the registration of the case on 14 January, the CBI conducted searches at about eight locations in Delhi-NCR including the office of Ranganathan at Bhikaji Kama Place in Delhi and his residence in Sector 62, Noida.

“Cash of Rs 1.29 crore (approx), and gold jewellery and other valuables were recovered during searches from the premises of said accused (Ranganathan),” CBI Spokesperson RC Joshi said.

It is alleged that Ranganathan was “indulging into corrupt and illegal activities in criminal conspiracy” with Gaur and Kumar who is also director of Rishab Polychem Pvt Ltd based at Bahudargarh Road, Delhi.

Kumar and Gaur allegedly acted as Ranganathan’s middlemen, by obtaining bribe from the private companies buying petrochemical products marketed by the GAIL, the FIR alleged.

It said sources informed the CBI that at the direction of Kumar, Gaur had asked Ranganathan to allow some discount to the buyers on petrochemical products being marketed by GAIL in return of illegal gratification.

It is alleged that Kumar and Gaur met Ranganathan at his Noida residence on 11 December, 2021 to discuss the proposal, the FIR alleged.

Two days later Gaur informed Kumar that proposal of discounts is being considered in GAIL, the FIR alleged.

In order to arrange bribes, Kumar got in touch with other prospective beneficiaries of discount, after the final decision is taken in GAIL on issuance of the discount order. Gaur, Kumar and Ranganathan again met at a five-star hotel in Delhi on 14 December, 2021 to discuss it further.

Kumar allegedly roped in two more perspective beneficiaries – Gupta and Bansal – and convinced them to pay bribe in exchange for the favourable orders, the FIR alleged.

Kumar on 13 January, 2022, told Gupta to fulfil his side commitment for issuance of discount order from GAIL and put forth alleged demand of Rs 12 lakh from Ranganathan, it alleged.

Gaur also told Gupta to send money at the earliest after which he allegedly paid Rs 3 lakh to Kumar while remaining was to be sent through hawala route, it said.

“…Ranganathan on the request of Pawan Gaur and Rajesh Kumar got some checks conducted in the month of November, 2021 in the premises of some authorised stockists of GAIL. However, before the said surprise check, Sh E S Ranganathan had also cautioned some of his favoured parties,” the FIR alleged.

The CBI has booked the accused under IPC sections of criminal conspiracy and provisions of Prevention of Corruption Act, they said.

With input from PTI