All News At Finger Tips – IPL 2022: Netizens slam Riyan Parag for mocking third umpire during match between RR vs LSG 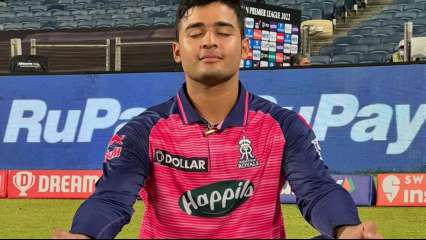 Rajasthan Royals all-rounder Riyan Parag came amidst another controversy, this time in the closing stages of the IPL 2022 game against the Lucknow Super Giants. Parag had claimed a catch of Marcus Stoinis but the third umpire ruled that the ball had bounced before reaching the RR player. Parag, nonetheless, found another opportunity to hold on to Stoinis’ catch in the 20th over.

This time, there was no doubt in anybody’s mind about the legality of the catch. But to prove a point, the 20-year-old player decided to indulge in a little bit of theatrics and pretended to touch the ball to the ground. He, however, did not do so and only took the ball as close to the ground as possible.

Netizens were not happy with Rajasthan Royals’ batsman antiques and slammed him on social media for mocking the third umpire. Check out a few reactions below.

Too much arrogance for a 20-21-year-old. That act of mocking the third umpire’s decision was shameless.#LSG #LSGvsRR #LSGvRR

Riyan Parag is the most irritating player I’ve ever seen…. Don’t know what he thinks about himself.

This Is Why I Don’t Like This Boy Riyan Parag. Yes You Have Taken A Catch, But Criticising Umpires For Their Decision Is Bizarre. As A Batsman You Have Not Done Anything, But Showing Off Always.

Although Riyan Parag will be talked about due to his controversial celebration, there is no denying the fact that he has been an excellent fielder this season. He has picked the most number of catches (13) so far this campaign and continues to be an asset to RR in the field.