All News At Finger Tips – KGF Chapter 2 star Yash can't do any smaller movies, will only do pan-India films, says producer Vijay Kiragandur

Home ENTERTAINMENT KGF Chapter 2 star Yash can’t do any smaller movies, will only... Popular Kannada actor Yash has earned global fame after portraying Rocky Bhai in the KGF franchise as his rocking persona has been loved by the audience who have made the recent blockbuster KGF Chapter 2 the third highest-grossing Indian film of all time behind Aamir Khan’s Dangal and SS Rajamouli’s Baahubali 2: The Conclusion.

Now, the film’s producer Vijay Kiragandur has talked about Yash’s popularity in his recent interview. Speaking to Bollywood Hungama, he said that the Googly actor is no more a Kannada star or Southern star, he has become an Indian star with the success of KGF Chapter 2.

“The way he carried out the mannerisms in the movie, he gained a lot of fan base across the world. He’s going to do only pan-Indian movies from now on. He has reached that level. So he can’t do any smaller movies in the future. He has set huge targets and he has to beat his own targets now!”, said Vijay who owns the production house Hombale Films.

The producer also revealed a few details about the next part in the franchise KGF Chapter 3. When asked if people can expect KGF 3 in cinemas in the coming two-three years, he said, “It all depends on when both Prashanth Neel and Yash get free. Prashanth is working on Salaar. Yash might start a new project. Both should be free at the same time. Hence, we do not have a fixed timeline.”

For the unversed, Salaar is the next film being directed by KGF series director Prashanth Neel. The big-budget pan-India film stars Prabhas and Shruti Haasan in lead roles and will be released in the second or third quarter of 2023, as shared by Kiragandur in the interview. 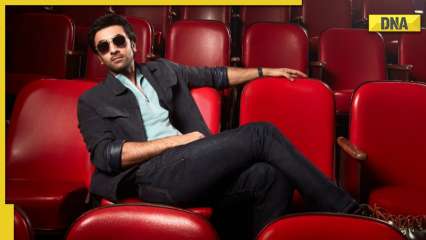