All News At Finger Tips – Kolkata: High drama in high court as TMC’s Partha Chatterjee told to appear before CBI, then order stayed 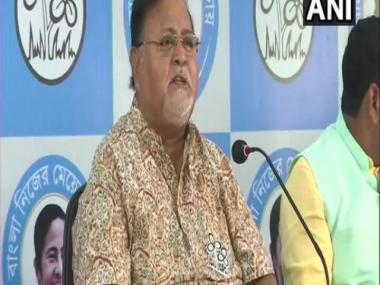 Partha Chatterjee was asked to appear before CBI by 5.30 pm, however, a division bench of the high court later issued a stay on the order

Kolkata: Former West Bengal education minister and TMC leader Partha Chatterjee was on Tuesday directed by a single bench of the Calcutta High Court to present himself before the Central Bureau of Investigation in connection with the corruption case involving the school education department.

Chatterjee was asked to appear before CBI by 5.30 pm. However, a division bench of the high court later issued a stay on the order, according to The Indian Express.

The bench of Justice Abhijit Gangopadhyay, in its order, stated that Chatterjee cannot go to SSKM or any other hospital before heading to the CBI office. Further, it informed CBI that it may arrest the TMC leader, if necessary.

Later, Chatterjee’s lawyer approached a division bench of the high court seeking a stay on the order. The stay was granted by the double bench of Justices Subrata Talukder and Anand Kumar Mukherjee, The Indian Express reported.

Earlier, the court had ordered a CBI investigation into alleged “irregularities” in the Group D and assistant teacher recruitment process of the state school education department. The central agency had interrogated a deputy director of the school education directorate and a private secretary of Chatterjee.