Malvika Raaj, who played a young Kareena Kapoor Khan aka Poo in Karan Johar’s ‘Kabhi Khushi Kabhie Gham’ is all grown up now. She is all set to make her debut in Bollywood with Nilesh Sahay’s ‘Squad’, along with Rinzing Denzongpa. In an exclusive interview with ETimes, the young diva opened up about working with bigwigs in her first film as a child artiste, the Bollywood actress she looks up to, and the raging debate of nepotism. Excerpts…

You made an impression even in your small role as ‘Pooja’ in ‘Kabhi Khushi Kabhie Gham…!’. Did you know that it would become iconic?
I was a very big ‘Kuch Kuch Hota Hai’ fan, and at that age, you don’t really think so much. I was just excited and elated to work with the bigwigs of Bollywood.

Being a part of such a big film with a huge star cast could have been overwhelming at that time…
It definitely was overwhelming at that time. I was still very young and it was too much to absorb. I was working with the big guns of Bollywood like Karan Johar, Shah Rukh Khan, Hrithik Roshan, Kareena Kapoor, Kajol and Amitabh Bachchan–all of them were such humongous superstars but none of them made me feel any less. I learned from them how to be down to earth even when you are flying up high. My experience was out of this world. It was during that time that I realised that this was the ground I want to be in…that this would be my career.

You belong to a film family. Was it obvious for you to be inclined towards acting?
I am not sure if belonging to a film family has made me incline towards acting. But yes, it did give me that exposure of being on the sets from an early age. I remember bunking school and going to the sets of my dad’s films. I used to watch all his actresses, their make-up and dresses. I have loved the ambiance of film sets ever since then. When I got ‘Kabhi Khushi Kabhie Gham…!’ I was so excited because I got my own make-up room. I was on cloud nine. This has been my zone for two decades now.

You are all set to make your Bollywood debut with ‘Squad’ opposite Rinzing Denzongpa. How did you land the film?
I am super excited for my debut film, ‘Squad’. We are very close to releasing it now. Our director Nilesh Sahay saw my pictures somewhere online and we had a mutual family friend, so through her, he called my father and said he would like to narrate a story to me. When he explained the film to me, I absolutely loved it right on the first go. I even auditioned for the part and I got it! 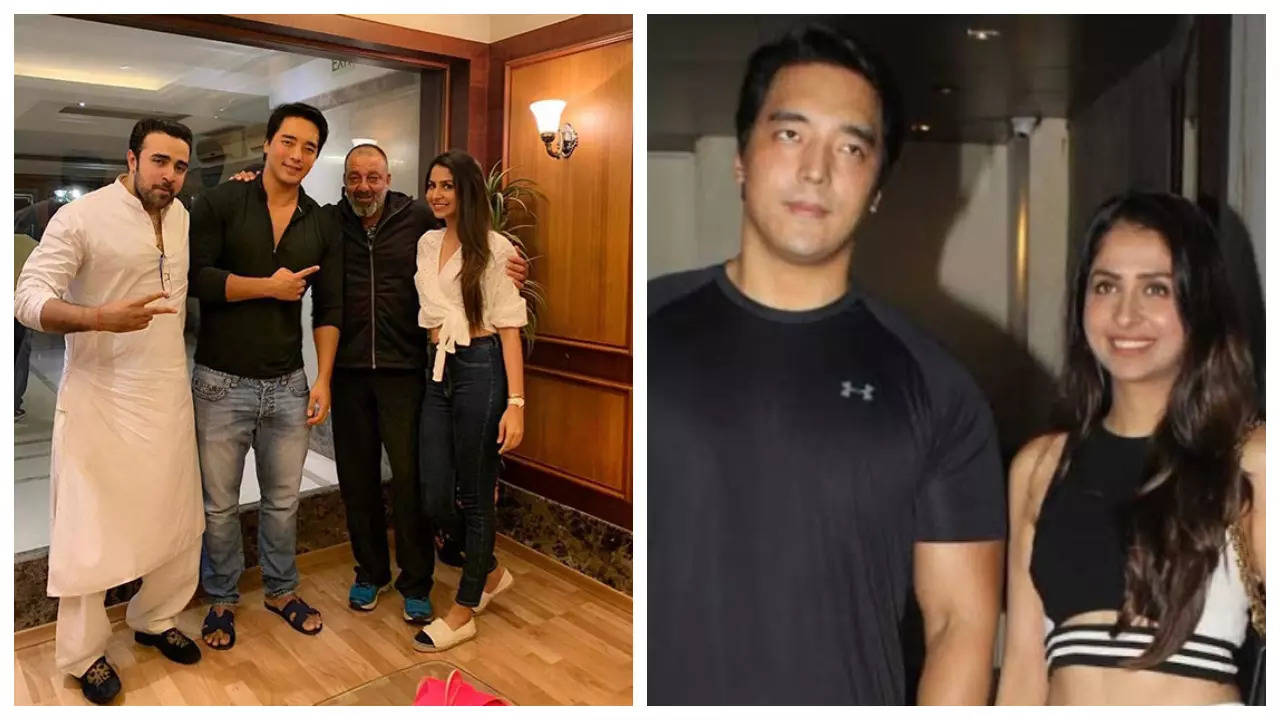 How was your experience working with Rinzing and what’s your onscreen chemistry going to be like?
I love Rinzing; he is such a sweetheart! Working with him was like butter because we actually go back a long way. We were childhood friends and have literally grown up together in the same friends’ circle. I was very comfortable working with him on the set.

Unlike other star kids, you seem to be trying to make your own way. What are your thoughts on nepotism debates in Bollywood?
I don’t want to comment much on the debate of nepotism, but yes, it does exist. It cannot make you a star. It all depends on your talent and how you are as a person. Today, the main judge is the audience. If they accept you, you are a star even if you were a nobody before. However, if they don’t accept you, no matter which superstar’s kid you are, you will not stand a chance. In today’s time, nepotism just doesn’t matter. It will give you the first opportunity or exposure but there is no shortcut to success. Everybody has to go through the hard way.

Which actors did you idolise growing up?
I have always been a huge Karisma Kapoor fan. I grew up watching all her movies with Salman Khan and Govinda. I love the way she styles herself and the way she dances. I was totally obsessed with her when I watched ‘Dil Toh Pagal Hai’. I think she still looks stunning.

One actor you would love to share screen space with?
I am a big Ranbir Kapoor fan. He is so phenomenal and natural in his acting that it shows on screen. I really want to work with him. I want to try and understand how he does it so well.

Filmmakers you would love to work with…

I think it is too early to answer this question. I want to work with everyone at this stage of my career. I can’t really just choose one. But if I had to name one, Zoya Akhtar is on my mind right now. I just rewatched ‘Dil Dhadakne Do’ for the 100th time recently; I absolutely love that film.

What does fashion mean to you?
Fashion means to be comfortable in my own skin. I think you should wear what you think you can pull off. You can rock any look that way.

Have you ever had any crazy fan encounters?
Yes, I recently had a crazy fan encounter. I was sitting at a café with my friends when I got a call from a random number… when I answered, a very well-spoken boy on the other side said, ‘I know you are wearing pink right now.’ He went on to say how he is one of my biggest fans. I thanked him and disconnected the call. Again the next day, I got a call from the same guy. This time he said, ‘I know you are wearing yellow’. I then realised he was stalking me and it was very creepy. But I love all my fans and so I spoke to him nicely and even asked him to come forward and meet me. I took a picture with him and asked him not to follow me as I am not comfortable with it. I did not get any call post that, so I am hoping he has stopped stalking me.

Salman Khan to play an important role in Katrina Kaif’s wedding with Vicky Kaushal, know how

Biden and Putin to speak amid warnings of a possible second Russian invasion of...

News At Finger Tips - December 7, 2021
0
President Biden and Russian President Vladimir Putin will hold a video call on Tuesday, a meeting that comes as U.S. intelligence is warning of...

News At Finger Tips - December 7, 2021
0
Conor McGregor’s coach John Kavanagh has named Tony Ferguson as one of his preferred opponents for his fighter’s comeback bout in 2022.McGregor last fought...

News At Finger Tips - December 7, 2021
0
Apart from the current Omicron spread fears surrounding the country, a new threat is now looming over schools in Karnataka. Till now, around 130...

News At Finger Tips - December 7, 2021
0
We reviewed the Moto G30 earlier this year, and it turned out to be a safe all-rounder, shooting good photos in daylight and offering...

News At Finger Tips - December 7, 2021
0
Disney and 20th Century’s West Side Story, director Steven Spielberg’s adaptation of the classic musical, has been banned in Saudi Arabia, the...

News At Finger Tips - December 7, 2021
0
<!-- -->In November, BSF had said the enhanced jurisdiction will help them strengthen hands of the police (File)New Delhi: The extension in territorial jurisdiction...