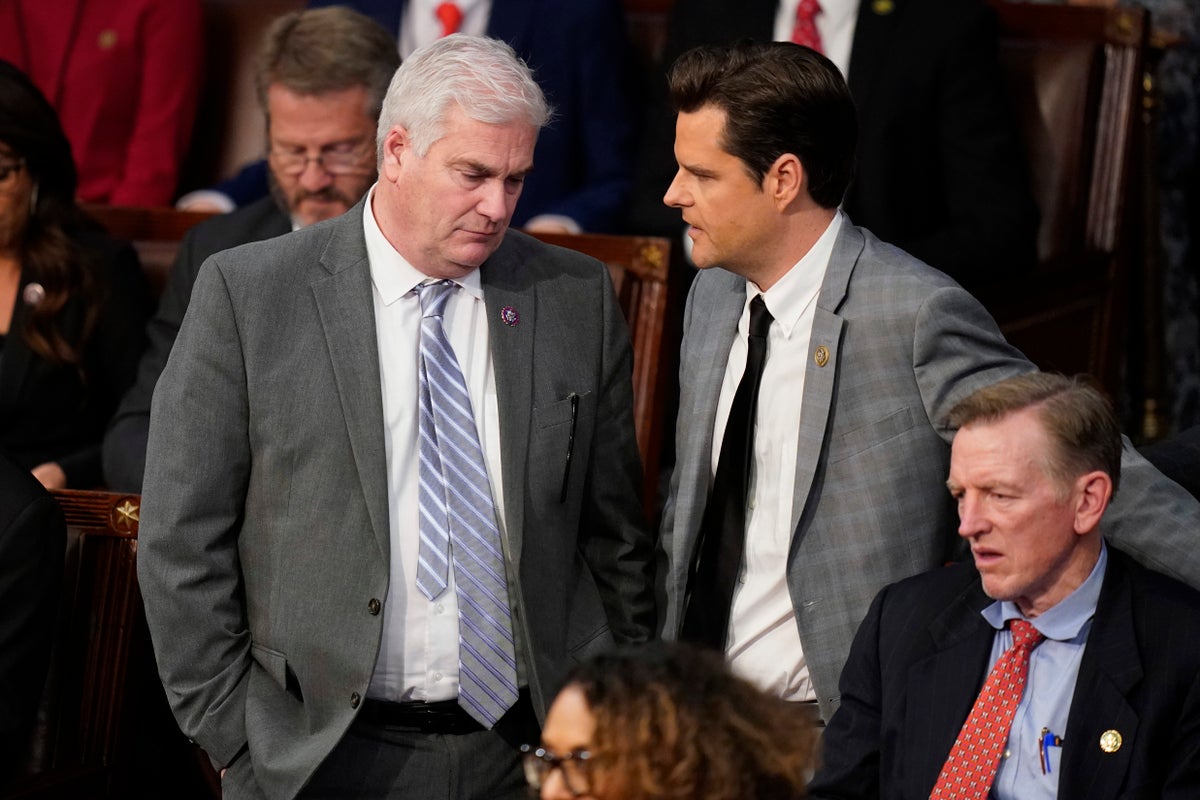 Get our free Inside Washington email

Republican Representative Matt Gaetz of Florida speculated that revelations that President Joe Biden kept classified documents in private offices and his residence are a sign that Democrats want to depose the incumbent president and prevent him from running again.

But Mr Gaetz said that he had a “different take” from most people about the documents discovered at Mr Biden’s home.

“I actually think the Deep State has figured out that Joe Biden isn’t going to win the 2024 election against any Republican that’s nominated,” he said. Mr Gaetz said that he questioned the timing of the revelations given that it coincides with White House Chief of Staff Ron Klain leaving the White House.

The White House announced that Jeffrey Zients will replace Mr Klain as White House chief of staff. Mr Klain served for two years and many conservatives have claimed that Mr Klain is the true person in control of Mr Biden’s presidency.

“Ron Klain is leaving I think he’s a professional operator and is getting out of the White House as they send somebody else in to tidy up the Biden presidency and put a bow on it and get ready for their next generation of leadership,” Mr Gaetz said. “So you know, I don’t particularly like when the deep state chooses who gets to be the leader of our country.”