All News At Finger Tips – Mexico Football Fan's Genius Hack to Sneak Beer into Qatar Stadium, Here's How He Did it

security guard unscrews one of the lenses only to learn that the binoculars were actually a novelty flask. (Credits: Reddit)

In the video, we can see a man wearing a black and red baseball cap talking to the security guard, who is busy examining a pair of binoculars.

In case you spot beer trending on social media, don’t be surprised. The credit duly goes to all football fans, who are ready to go to all extents for the beverage. The most recent stunt was pulled off by a Mexico fan. Wondering what the buzz is about? A footage was posted on Reddit which captured a security team searching for a Mexico fan. The supporter was allegedly trying to sneak in the beer. In the video, we can see a man wearing a black and red baseball cap talking to the security guard, who is busy examining a pair of binoculars. Looks like the security guard was almost convinced but as soon as he placed the binoculars in front of his eyes, he realised something was fishy. Next, the security guard unscrews one of the lenses only to learn that the binoculars were actually a novelty flask.

The Redditor who posted the video gave an “A for effort” to the Mexico fan.

Two days before the start of the tournament, the royal family of Qatar directed a ban on alcohol inside the stadiums. Following discussions with the host, football’s world governing body FIFA announced that beer would not be sold to fans in any of the eight World Cup stadiums.

Reportedly, fans are able to buy alcohol only in the fan zones. In addition, alcohol is available in hospitality boxes at the stadium and individuals are limited to just four drinks each. 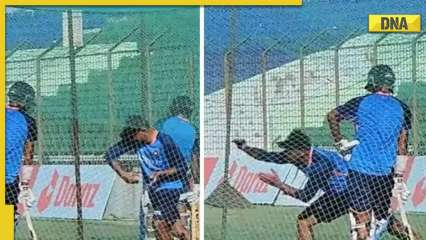