Sign up to our free morning US email news bulletin

A neighbour of the four murdered University of Idaho students has hit out at the Reddit sleuths who have cast suspicion on him in the wake of the brutal stabbings.

Student Jeremy Reagan said on Tuesday that he has “nothing to hide” but admitted that it was “upsetting being compared to a murderer” after his previous media interviews became the subject of intense scrutiny on social media.

His comments came as Moscow Police Department seized five cars from the home of the victims and took them to “a more secure long-term storage location to continue processing evidence”.

On Wednesday, the Moscow community will hold vigils in honour of slain students Madison Mogen, Kaylee Goncalves, Xana Kerndole and Ethan Chapin, who were found butchered in their beds back on 13 November.

The vigils were delayed until after the Thanksgiving break as terrified students fled the town. Police call logs analysed by The Independent reveal that, in the aftermath of the murders, locals remain on edge and have called 911 multiple times to report “suspicious” men and other disturbing incidents in the area.

Here’s why 911 caller may have said ‘unconscious individual’:

Ever since the four victims were found stabbed to death in an off-campus home in Moscow, Idaho, questions have been swirling around the 911 call.

The students are believed to have been killed at around 3am or 4am on the morning of 13 November. The attack was brutal with each victim stabbed multiple times.

However, police were not called to the home until a 911 call was made at 11.58am on Sunday, alerting officers to an “unconscious individual” in the home on King Road.

Police said that the roommates slept through the murders and when they woke up on the Sunday, they called some unidentified friends to the home because they believed that one of the victims on the second floor “had passed out and was not waking up”.

After the friends arrived on the scene, the 911 call was made from one of the surviving roommates’ cell phones inside the home.

It is unclear what the roommates and “other friends” had discovered prior to placing the call and what led them to describe a victim as merely “unconscious”.

Kaylee Goncalves’ father Steve Goncalves provided some explanation about the events inside the home in an interview with ABC’s GMA on Tuesday, including why the caller described a victim as “unconscious”.

“I know the girls reached out via texting and calling so I can only assume by the phones being ignored,” he said.

“Knowing how my daughter is… that she’s not going to ignore calls and texting.”

Kaylee Goncalves’ father has revealed details about the mystery “private party” who gave his daughter and her best friend Madison Mogen a ride home not long before they were brutally murdered.

Mogen and Goncalves spent the night of 12 November at The Corner Club sports bar in downtown Moscow, police said.

They then paid a visit to the Grub Truck – a nearby late-night food truck where they ordered a bite to eat.

From there, police said a “private party” gave them a ride home, arriving back at the three-storey property on King Road at around 1.56am on 13 November.

Steve Goncalves told ABC’s GMA on Tuesday that it was a sorority-designated driver service that drove the two young women home.

A local pizza place and University of Idaho students have been fundraising and delivering food to police officers working on the murder case.

A fundraiser set up on spotfund.com is welcoming donations from members of the public, with the money then used to place orders with Moscow business Pizza Perfection.

“The Moscow, Idaho police and other agencies are working tirelessly to solve the murders of the four students,” the fundraiser reads.

“Though it’s not going to change their lives, we will order 16 XL pizzas to be delivered to the 50 of them there on any given day,” it continued.

“Sometimes a small gesture of support can go a long way to these traumatized, tired, and dedicated workers.”

Literary society Sigma Chi yesterday announced a scholarship to honour Ethan Chapin, a member of the fraternity who was fatally stabbed along with three other University of Idaho students.

“We join the Gamma Eta Chapter in remembering a young man who was deeply loved and respected, as well as extend our deepest condolences to the families, friends and loved ones of Ethan, Xana Kernodle, Kaylee Goncalves and Madison Mogen,” the foundation said in a statement.

The Ethan Chapin Memorial Scholarship Fund will be presented every year to one undergraduate member of the fraternity.

Jonathan Gilliam, a former Federal Bureau of Investigation (FBI) special agent, said the investigation into the killing of four University of Idaho students shouldn’t be hampered because of the school’s decision to allow students to learn remotely after the Thanksgiving break.

“I don’t think the investigation is going to be hampered that much as long as the school and the police department are in touch with the students and ensuring them that they can call if they remember anything,” Mr Gilliam told Fox News.

“And I think that is what’s going to hamper things, is if they try to tamp this down and don’t stay in touch with the students and try to get people to refresh their memory, that could be an issue because people may have seen something that was a little bit out of the norm and they just tucked it away in their brain and didn’t say anything about it.”

A neighbour of the four Idaho murder victims has blasted internet sleuths who claimed that his media appearances were suspicious.

In a recent interview, Jeremy Reagan, a third-year law student from the Idaho University, said he went to bed early the night the murders took place. However, Reddit sleuths are finding his statements suspicious.

Mr Reagan addressed the online conspiracy theories about him and told Court TV on Tuesday that he “didn’t do it. I have nothing to hide. I’m willing to give DNA, fingerprints … whatever they need”.

In an earlier interview with Fox News, Mr Reagan had said, “I went to bed early that night” and “then a couple of hours later we got a message, and there was a bunch of police here. And then that was the end of normalcy for the past week or so here”.

The Independent’s Maroosha Muzaffar has the full story:

Forensic psychologist Kris Mohandie told Fox News Digital that the nature of the murder of the four University of Idaho students leads him to believe that law enforcement should take a close look at the suspect potentially being an “incel”.

“There’s a lot of hatred and anger that is evidenced in these crimes – the level of violence, the resolve, the obvious hostility in such a personal hands-on attack,” he said.

“That is a lot of intensity. So it is not inconsistent with somebody that may have that kind of motivation. There’s something hateful and rage-filled about it.”

Incel or “involuntary celibate” refers to an online misogynistic subculture of romantically frustrated men who fail to find partners.

The father of one of the four University of Idaho students stabbed to death says his family will not give her a funeral for fear that the “monster” who murdered her might attend.

Kaylee Goncalves was killed at an off-campus house in the city of Moscow, Idaho, in the early hours of 13 November, with police still hunting for the murderer.

Kaylee’s father, Steve Goncalves, says that the family has not been able to bring itself to have a commemoration for their daughter just yet.

“My wife’s biggest fear, part of the reason we didn’t have a funeral, is because she couldn’t be guaranteed that that monster was going to not be there,” he told ABC News.

The Independent’s Graeme Massie has the full story:

Police have seized five cars from the home where four University of Idaho students were brutally stabbed to death in a quadruple murder that has rocked the small college town of Moscow.

A tow truck removed the vehicles from outside the property on King Road on Tuesday – some of them believed to belong to the victims – and took them to “a more secure long-term storage location to continue processing evidence,” the Moscow Police Department said.

“Today, as part of the ongoing homicide investigation and original search warrant, there will be an increase in detective activity and tow trucks on-site as investigators move five vehicles from within the police perimeter to a more secure long-term storage location to continue processing evidence,” it said in a statement.

The vehices have reportedly already been searched by investigators, but will now undergo more detailed forensic analysis as the hunt for the killer continues.

The vehicles include two sedan cars, a Jeep Wrangler, and two SUVs that were parked outside the victims’ house on the night of the murders, according to Court TV.

A University of Idaho student has opened up about the fear gripping her peers in the wake of the murders two weeks ago.

“With a couple of weeks left in the semester and finals approaching, campus should be full of students and really lively. And I feel like I’m only seeing a handful of students walking around.”

An apparel design student, Ms Stanley said some but not all of her classes have been moved online, meaning she and many others can’t finish the semester at home.

She said she and her peers “don’t really talk about” the killings because it’s so painful.

“We all know this is going on, but we don’t really talk about it because for a lot of us, it’s an emotional subject,” she said. “I didn’t know the victims personally, but a lot of my classmates who are in the Greek system did, and it’s a really hard subject to broach.”

Ms Stanley added that she wishes that more was being done by the university to make students feel safe.

“Scott Green, our president and Dr. (Blaine) Eckles, the dean of students — I’ve seen them tear up in the press conferences and everything. They’re feeling the same pain that we are,” she said.

“But I don’t feel that enough is being really done to reassure us as students or even just as a community.” 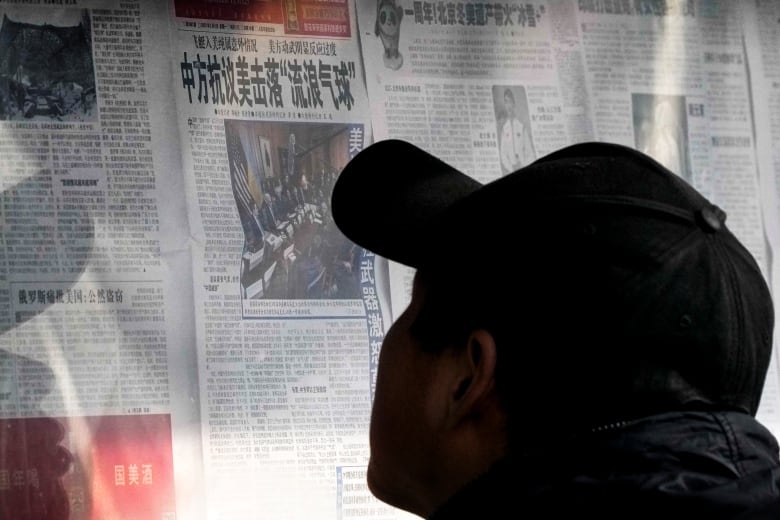 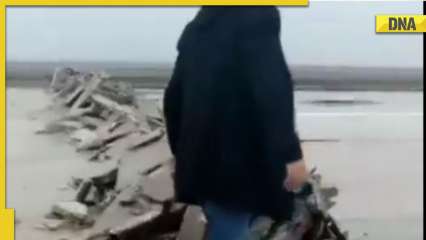 When it makes sense to buy extra paper Series I bonds with your tax...

News At Finger Tips - February 7, 2023
0
Jetcityimage | Istock | Getty ImagesIf you're trying to max out the yearly purchase limit for Series I bonds, your tax refund offers an...

News At Finger Tips - February 7, 2023
0
Even as government awaits report from a two-member of the Geological Survey of India (GSI) team on the root cause of land subsidence...