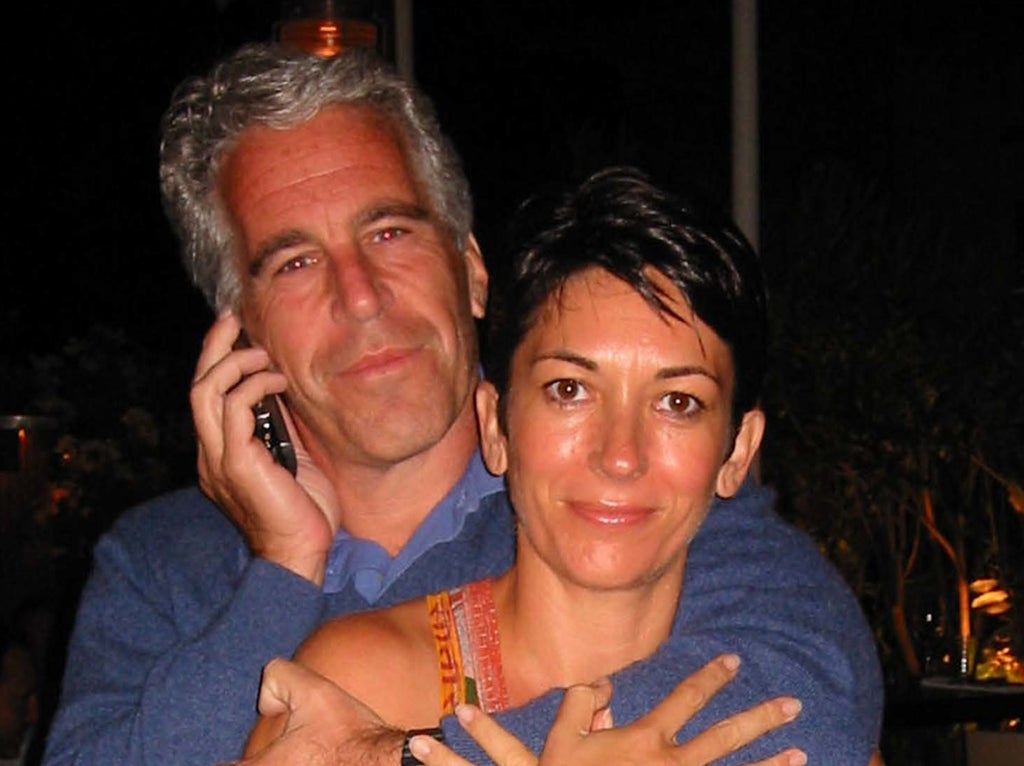 Prince Andrew may have had relationship with Maxwell, former friend claims

Prince Andrew and the convicted sex trafficker Ghislaine Maxwell may have been more than friends, two acquaintances have claimed in an ITV documentary.

“From the way she was allowed to enter and exit the palace at will, we realised… suspected, that she may have had an intimate relationship with Prince Andrew,” Mr Page said. He added that one colleague remembered Maxwell coming to the palace four times in a single day.

Mr Rellie told the broadcaster: “I got the sense that Prince Andrew and Ghislaine had probably been girlfriend and boyfriend in the past. They had an easy warmth around each other.”

The British socialist Lady Victoria Hervey, who socialised with Andrew, Maxwell and Epstein in the early 2000s, also appears in the documentary. “I think I was pretty much used as bait, you know, looking back at it,” she said of Maxwell and Epstein.

Ghislaine, Prince Andrew & the Paedophile, which focuses on the friendship of the trio, will be shown at 9pm tonight.

How did Maxwell meet Epstein?

Ghislaine Maxwell met the disgraced financier Jeffrey Epstein in 1991 through a mutual friend.

Years later, the daughter of the late media mogul Robert Maxwell was charged with helping Epstein in his sexual exploitation of young girls.

Her relationship with Epstein and Prince Andrew will be examined in Ghislaine, Prince Andrew & the Paedophile, an ITV documentary airing tonight.

Royal officials looking at how to remove Harry and Andrew as Counsellors of State, report suggests

Palace officials are exploring ways of removing Princes Andrew and Harry from their positions Counsellors of State, a report has indicated.

Under this role, which is only held by four people, they can be called to stand in for the Queen if she becomes ill.

A royal source told the Daily Mail: “It is a genuine problem that the Palace is looking to address. Can you imagine the Duke of York having to sign official documents, for example, because the Prince of Wales and the Duke of Cambridge were both abroad, and the Queen became ill? It’s not an exaggeration to say it could put the monarchy in jeopardy.”

What were Prince Andrew’s ties to Ghislaine Maxwell and Jeffrey Epstein?

A famous photograph shows Ghislaine Maxwell huddled next to Jeffrey Epstein at Balmoral in 1999.

The pair were the guests of Prince Andrew.

But how did the three know each other? Bevan Hurley looks into their friendship:

‘I was pretty much used as bait,’ says Maxwell friend

A British socialite has alleged that she was used as “bait” when she spent time with Ghislaine Maxwell and Jeffrey Epstein in the early 2000s.

Lady Victoria Hervey told the ITV documentary Ghislaine, Prince Andrew And The Paedophile: “Jeffrey was really the frontman and Ghislaine was the accomplice. You know, it was kind of like a Batman and Robin and they were a double act. I don’t think Jeffrey could have done any of it without Ghislaine.”

She added: “I think he just kind of sat – sat back and sort of waited for her to sort of go fishing and go, you know, find however many girls were needed, you know, to entertain his friends.

“I think I was pretty much used as bait, you know, looking back at it.”

In a separate interview with ITV’s Lorraine Kelly, she claimed Maxwell was a “victim” and “scapegoat” because “there is no-one else to blame”.

Maxwell was convicted of sex trafficking on 29 December, and will be sentenced this summer.

Epstein was found dead in custody while awaiting a trial on sex trafficking charges.

A woman who alleges she saw Prince Andrew at a nightclub almost two decades ago with Virginia Giuffre is “willing” to testify in the upcoming trial, her lawyer has said.

“I am proud to represent Shukri Walker, who has bravely stepped forward as a witness and encourages others who may have information to do so as well,” the attorney Lisa Bloom told the Guardian in an email.

“She is willing to do the deposition Virginia Giuffre’s team is seeking,” she added.

Prince Andrew is being sued by Ms Giuffre over sexual assault allegations. He strongly denies any wrongdoing.

Prince Andrew would get angry if his teddy bears were ever put in the wrong place, a former member of royal staff has alleged.

Paul Page, a former royal protection officer, told an ITV documentary that staff were warned about the prince’s soft toy collection in his private apartment.

Referring to the apartment, Mr Page said: “It had about 50 or 60 stuffed toys positioned on the bed.

“And, basically, there was a card the inspector showed us in a drawer, and it was a picture of these bears all in situ on the bed.

“And the reason for the laminated picture was that, if those bears weren’t put back in the right order by the maids, he would shout and scream and become verbally abusive.”

Prince Andrew and Prince Harry are both expected to be given a Platinum Jubilee medal to commemorate the Queen’s 70-year reign, it has emerged.

The report comes amid speculation they might not receive one, as neither are working royals.

Harry distanced himself from the royal family by moving to the US, where his uncle Andrew, who was stripped of his military titles and royal patronages last week, faces a civil sexual assault case. Andrew strenuously denies the allegations brought against him by Virginia Giuffre.

Hugo Vickers, a royal biographer, said that even Wallis Simpson, the widow of the Duke of Windsor, received a Silver Jubilee medal in 1977, suggesting the same should apply to Andrew and Harry.

Mr Vickers told the Daily Express: “I asked and was told, ‘She was entitled to it so she was sent one’.”

Ghislaine, Prince Andrew & the Paedophile – a documentary made by ITV – will air this evening at 9pm.

In addition to interviews alleging that the Andrew and Ghislaine Maxwell were lovers, ITV’s Ranvir Singh speaks to Scotty David, a juror at Maxwell’s trial.

Mr David is one of several jurors who disclosed they were sexually abused as children, leading Maxwell’s lawyers to call for a re-trial.

York Racecourse wants to change the name of its well-known Duke of York Stakes in a bid to distance itself from Prince Andrew, reports have suggested.

Although the race was named after Prince George, who went on to become King George V, in 1895, bosses fear people will associate it with Andrew.

James Brennan, the head of marketing at York Racecourse, told the Yorkshire Post: “It was named in honour of Prince George who went on to become King George V. It has never been directly about Prince Andrew.

“With that in mind, however, we are going to explore how we can make the name a lot clearer about its history – and that the name refers to an entirely different Duke of York.”

Devon and Cornwall Police have removed a plaque commemorating Prince Andrew’s opening of a police station in Torquay.

The plaque, which had been there for more than 20 years, was taken down after the Duke of York was stripped of his military titles and royal patronages last week, ahead of the civil sexual abuse trial he faces in the US.

Assistant Chief Constable Jim Nye confirmed: “Following a complaint we received from a member of the public, a decision was made to move the plaque from public display.

“The recent removal of Prince Andrew’s military affiliations and royal patronages were also taken into account when making this decision.” 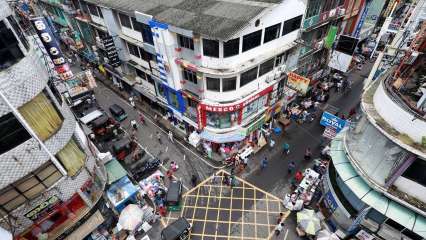