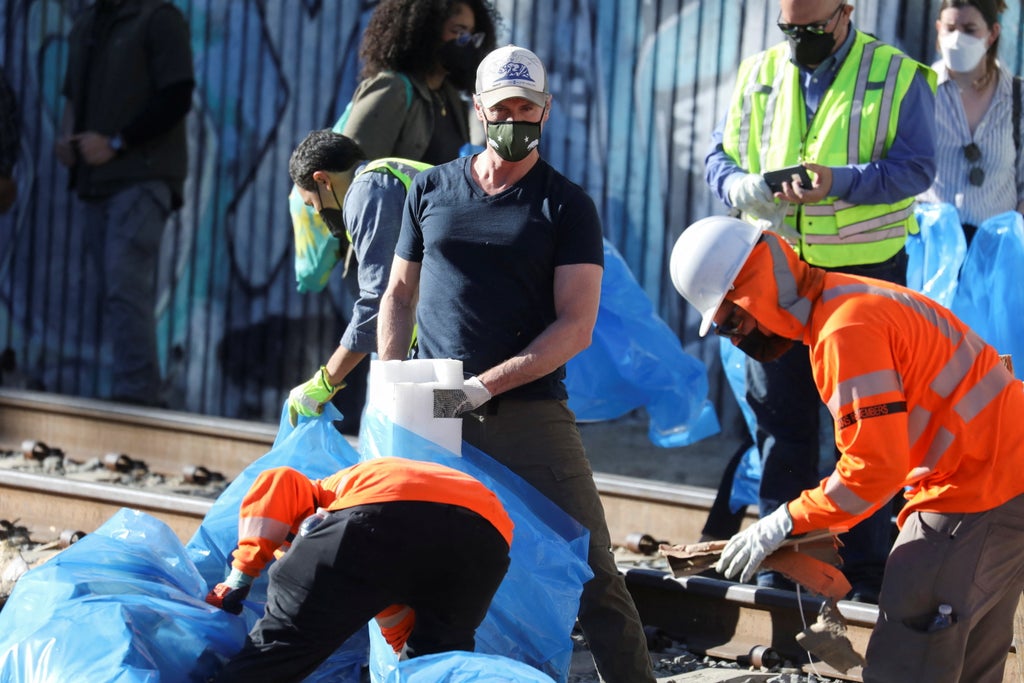 Thieves have been boarding cargo-hauling trains and stealing delivery items from them, leaving unwanted items, boxes, and wrappers on the ground near the train tracks where they strike.

“I’m asking myself, what the hell is going on?” he said. “We look like a third-world country.”

Despite California being one of the nation’s wealthiest states, Republicans have long tried to portray it as toeing the precipice of dystopia. Naturally they leapt at the opportunity to lash out at the governor.

Kevin Faulconer, the former mayor of San Diego and a potential gubernatorial opponent of Mr Newsom, told the governor to “look in the mirror.”

The train robberies have been made possible as a result of them sitting idle on railroad tracks due to the ongoing supply chain problems plaguing the nation. In addition to the trains’ lack of motion, private security forces that protect them have less of a presence now than in previous years.

In one video, a reporter for a local news outlet wandered a site near train tracks and picked up numerous discarded items, including a fishing lure that had been unwrapped but not opened. The site was littered with Amazon delivery bags and cardboard boxes which had been opened. At least one discarded item appeared to be medication.

Union Pacific, which has its own police force, has complained that a county mandate issued under District Attorney George Gascón has changed the severity of prosecution for low-level offences, which in turn has made thieves more brazen.

“While we understand the well-intended social justice goals of the policy, we need our justice system to support our partnership efforts with local law enforcement, hold these criminals accountable, and most important, help protect our employees and the critical local and national rail network,” a Union Pacific spokesperson told CNN.

However, poverty is often a primary driver of criminal activity, and poverty has increased as a result of the pandemic, suggesting there may be deeper underlying issues that are driving the train robberies.