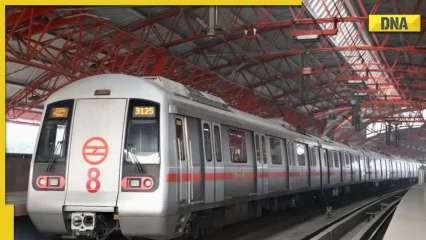 Noida Metro: Thousands of people from Dadri and Bodaki will be benefited with the construction of the two station. (Representational)

The authority plans a 2.6 km extension of Noida Metro’s Aqua Line from Greater Noida’s Depot station to Bodaki. Two stations are likely to be added — Junpat and Bodaki. This track is expected to be elevated.

Thousands of people from Dadri and Bodaki will be benefited with the construction of the two station.

Bodaki already has the Delhi-Howrah line. Many trains stop at Bodaki station. After the metro line is extended, many trains will stop here. Those who travel to Noida, Greater Noida and Delhi will be the direct beneficiaries of the two stations.

The Noida Authority has approved the DPR to run the Aqua Line.

Near Bodaki, a multimodal transport hub, multimodal logistic hub and multimodal integrated industrial township is being made. This metro line will be a boon for these projects.