Nora Fatehi never goes wrong with her style statements. The actress’ looks get bolder and better with every passing day. While her fans already approve of her style, Nora got a seal of approval from former Spice Girl singer and ace fashion designer Victoria Beckham for one of her recent looks.

Victoria took to her Instagram Stories and shared a picture of Nora styled in a gorgeous one-shoulder body-fitting orange outfit. Turns out, the Bollywood diva’s sizzling dress was designed by Victoria. Sharing the post, Victoria wrote, “So stunning in VB Body.” Victoria also dropped a bunch of heart emojis in the comments section.

The outfit is described: “Made from a compact knitwear fabric with decent stretch, it has a sleek, form-fitting silhouette that’s simple yet versatile. Expertly constructed and meticulously designed, it is a true modern wardrobe staple and a favourite of Victoria’s.” As per the website, the outfit costs Rs 64,300.

Meanwhile, Nora has been busy with her work lately. Nora collaborated with Zack Knight on a new track called ‘Dirty Little Secret’. The actress not only appeared in the song but also directed the music video. Talking about the song, Nora had said in a statement, “As an artist, I’m constantly looking to push the envelope and raise the bar for myself. ‘Dirty Little Secret’ is really close to my heart and a track that allowed me to pursue my passions behind the camera and in front of it. It’s fiery, fierce, ballsy and a track I personally connect with as an audience.”

Nora is also one of the judges of Dance Deewane Juniors. She shares the judges’ table with Neetu Kapoor and Marzi Pestonji. The show is being hosted by Bigg Boss fame Karan Kundrra. Nora often makes the headlines for her looks on the show. 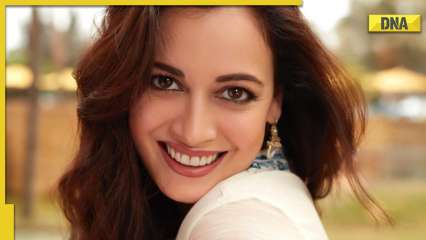