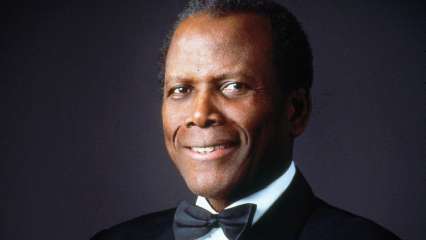 Oprah Winfrey, the American talk show host, is working on a documentary about cinematic pioneer Sidney Poitier, who died on Thursday at the age of 94. Oprah Winfrey will executive produce the film, which will be directed by Reginald Hudlin, according to The Hollywood Reporter. According to reports, the impending Apple Original film based on the movie legend has been in production for more than a year with the assistance of the Poitier family. Winfrey’s Harpo Productions and Network Entertainment will release the picture.

Sidney Poitier, the first African-American to win an Academy Award for best actor for his portrayal in “Lilies of the Field,” and who inspired a generation during the civil rights struggle, died on Friday at the age of 94, according to a statement from the Bahamas Ministry of Foreign Affairs.

Poitier’s death was confirmed by Eugene Torchon-Newry, interim director-general of the Ministry of Foreign Affairs.

In a single year, Poitier established a notable film legacy with three pictures in 1967, at a period when segregation reigned in much of the United States.

He played a Black man with a white girlfriend in “Guess Who’s Coming to Dinner,” and Virgil Tibbs, a Black police officer fighting racism during a murder investigation, in “In the Heat of the Night.” In “To Sir, With Love,” he also played a teacher in a tough London school that year.

Poitier had earned his best actor Oscar for “Lilies of the Field” in 1963, in which he played a handyman who assists German nuns in the construction of a desert chapel. Poitier had been the first Black man to be nominated for a lead actor Oscar five years prior for his portrayal in “The Defiant Ones.”

(Inputs from ANI and Reuters)