SS Rajamouli expressed his gratitude as RRR’s Naatu Naatu bagged a nomination at the Oscars 2023. The song is nominated for Best Original Song.

It was a historic moment for India as RRR bagged a nomination for the Best Original Song, for the hit track Naatu Naatu. Following the prestigious nomination, SS Rajamouli took to his social media handles and shared a note expressing his gratitude over the nomination and confessed that he never dreamt of an Oscar nomination, even in his wildest dream.

“I can’t ask for more… I am currently doing Naatu Naatu more vigorously than Tarak and Charan,” Rajamouli confessed in the letter. “The main reason is Tarak (Jr NTR) and Charan’s (Ram Charan) sync and style. They danced their way into the hearts of audiences across the globe. I never dreamt of an Oscar, even in my wildest dream! It is the fans Naatu Naatu and RRR who believed in it,” he added. Check out his note below:

Ram Charan also shared his reaction on Twitter. The actor wrote, “What brilliant news! Truly an honour to see “Naatu Naatu” nominated for the Oscars. Another very proud moment for us & India. Well deserved @MMKeeravaani Garu, @SSRajamouli Garu, my brother @tarak9999 and the entire team of #RRR🙏 All love ❤️.”

Tarak also joined in the celebrations. He tweeted, “Congratulations @MMKeeravaani Garu and @boselyricist Garu on achieving another well-deserved and monumental feat… This song will forever hold a special place in my heart.”

Speaking with Deadline, Naatu Naatu composer M.M. Keeravani described the Oscar-nominated song as an infant son when it was composed and joked that it has now become so big that it drives a car and has a girlfriend. “It was just a song when it was born, when I saw my song on the screen after the [scene] was done with the choreography, I said, ‘Oh my God! This is my son.’ This was my infant son and now my son became big. He became a major [player]. Now he’s driving cards, he’s dancing, and he has a girlfriend. Yesterday, he was an infant in my cradle. And now my son is going places and bagging a good name for me. I’m like a proud father,” he said. 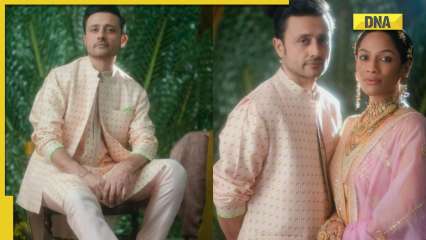