NEW DELHI: Sitting Supreme Court judge Mohan M Shantanagoudar passed away on Saturday night after a prolonged battle against cancer. He was 63 and is survived by his wife, son and daughter.
Born on May 5, 1958, Shantanagoudar breathed his last late on Saturday evening in the intensive care unit of Medanta Hospital in Gurgaon. His body was flown to Bengaluru, where the Karnataka government accorded him a state funeral. He was buried as per the practices of the Lingayat Hindu community.
CJI N V Ramana, who had been helping out in the treatment of Justice Shantanagoudar for quite some time, expressed grief at the judge’s death. “I was hoping for his speedy and complete recovery and his return to the bench at the earliest. The news of his passing has come as a rude shock. I have lost a valued colleague,” he said. “In the last four years of my association with him in the SC, I have benefited immensely from his amazing legal acumen,” he added.
The CJI spoke to Justice Shantanagoudar’s son and offered condolences to the bereaved family on his behalf and on behalf of apex court judges. With Justice Shantanagoudar’s death, the SC now has 27 judges against a sanctioned strength of 34 judges, including the CJI.
Justice Shantanagoudar had enrolled as an advocate in 1980 and quickly built a good practice in civil and criminal cases. He was appointed as a judge of Karnataka HC on May 12, 2003. He was appointed chief justice of Kerala HC on September 22, 2016, and was appointed to the SC on February 17, 2017.
Justice Shantanagoudar is the 13th SC judge, including two CJIs, to die in harness. The first one was the first CJI, Harilal Jekisundas Kania, on November 6, 1951. The other CJI who died in office was Sabyasachi Mukherjee on September 25, 1990.
The judges who died in office are Ghulam Hasan (1954), P Govinda Menon (1957), P Satyanarayan Raju (1966), S C Roy (1971), A K Mukherjea (1973), S N Dwivedi (1974), S M Fazal Ali (1985), R C Patnaik (1992), Yogeshwar Dayal (1994), M Srinivasan (2000) and Shantanagoudar (2021).
Content state:
Writing
In use by:
Reporter(s):
Last modified:
26-04 00:09 – Udayan Avinash Upadhyay
Requested size:
96 lin
Actual size:
78 lin – 704.63p
Category:
Contextual use:
Normal
Description:
Correction:
Usages of this branch:
TOIDelhiBS 26-04-2021, Delhi/1 – Nation, A/1 TOICAP8
TOIPuneBS 26-04-2021, PuneCity/1 – Nation, A/10 TOIPUC10
TOIJaipurBS 26-04-2021, City/1 – Nation, A/7 TOIJCP09
All usages: 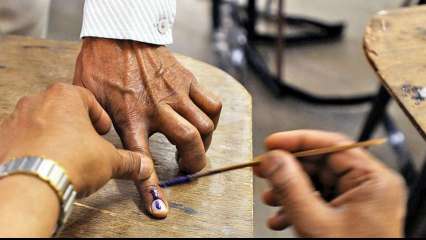