All News At Finger Tips – Sunil Chhetri Equals Lionel Messi on List of Most International Goals, Behind Cristiano Ronaldo Among Active Footballers 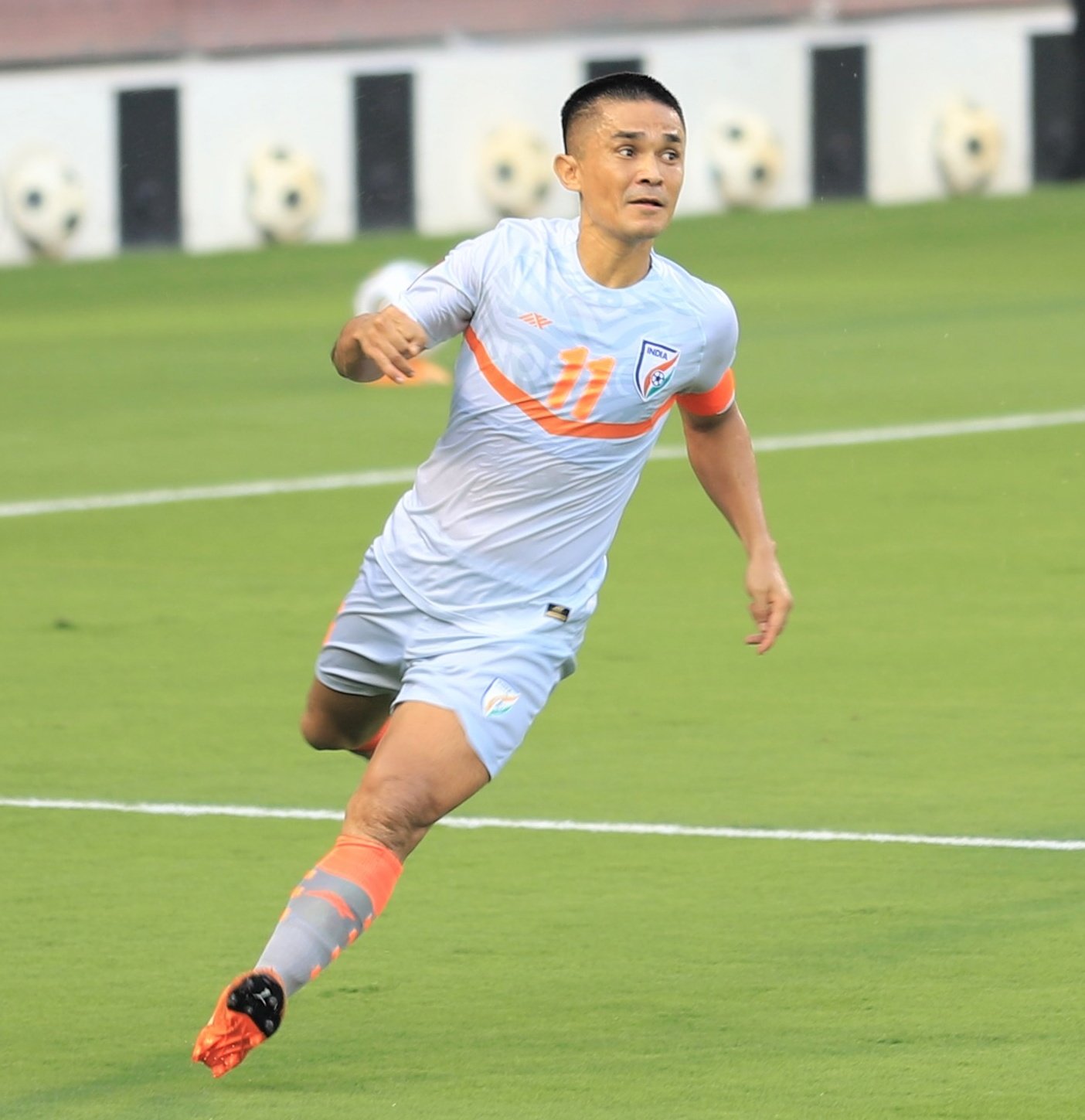 Sunil Chhetri scored, along with Suresh Singh Wangjam and Sahal Abdul Samad, as the Indian men’s football team defeated Nepal 3-0 in the final to clinch the SAFF Championship title for a record eighth time at the National Football Stadium in Male on Saturday.

In the final on Saturday, Chhetri scored his 80th international goal in the 48th minute as he headed a smart ball played into the box by Pritam Kotal.

It was Chhetri’s fifth goal in as many outings at the SAFF Championship 2021 campaign to finish at the top of the scoring chart as Igor Stimac won his first trophy with the senior national team after taking over in 2019.

Chhetri is now tied in fifth place tied with Argentina’s Lionel Messi on 80 goals, overtaking Zambia’s Godfrey Chitalu (79 goals). Only the likes of Ferenc Puskas (with 84 goals), Mokhtar Dahati (with 89 goals), Ali Daei (with 109 goals) and Portugal’s Cristiano Ronaldo (with 115 goals) are ahead on the list.

In fact, Chhetri is now also tied second with Lionel Messi behind Cristiano Ronaldo on the list for most goals among active players.

Sunil Chhetri was also adjudged to be the best player in the final and won the Top Scorer Award as well as the Most Valuable Player Award at the end of the tournament.

“The good thing is that a lot of youngsters did really well and that makes me really happy. Many things we can improve on. All the other teams were good. To come in as the dominant side and win the trophy feels good,” Chhetri said after the match.

“We made this one special because we weren’t so good in the first two games. Was tough from there to come up & play the way we did. It’s good. It’s not outstanding & we can do better but look at all the young ones, it feels good for all of them,” he added.

Chhetri played and won his last SAFF Championship and has earlier said that his next target is to help India qualify for the 2023 AFC Asian Cup.