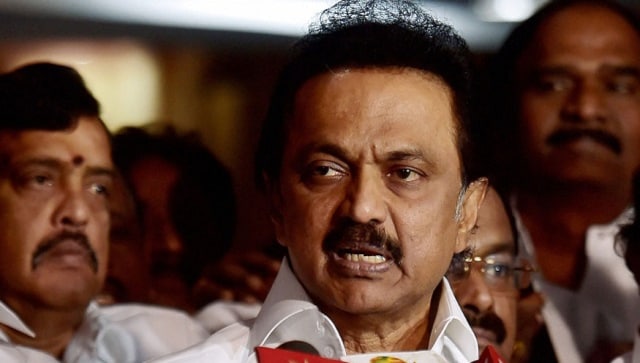 Today, I have presented the resolution against NEET. You (AIADMK) also brought this resolution. I urge opposition parties to extend their support to this resolution: Tamil Nadu CM MK Stalin in the Legislative Assembly pic.twitter.com/VcmjGvseZV

Presenting the bill in the Legislative Assembly, Stalin reminded the Opposition party AIADMK that it too had presented the Bill. While the AIADMK staged a walkout before the Bill was tabled, its leaders later addressed the media outside the Assembly and said that it will support the Tamil Nadu Admission to Undergraduate Medical Degree Courses Act 2021

The CM had earlier said “our legal struggle against NEET starts now after taking over the reins of the government”. He also appealed to students to not lose heart and not take any extreme steps.

According to PTI, the decision comes after a 19-year-old youth died by suicide on 12 September, hours before he was scheduled to take the NEET exam for the third time, fearing the outcome of the test. The death has started a political blame game, with the AIADMK blaming the DMK for the death.

Stalin expressed grief over the death and said that the pressure of NEET on students from rural and poor areas was to blame for the death. He said his struggle would go on till NEET was rescinded and pledged to reach out to his counterparts in other states for the same.

As per News18, the bill was drafted on the basis of the recommendations of the AK Rajan Committee, which handed over the 165-page report over the issues and impact of NEET in Tamil Nadu to Stalin in July. According to the report, most of the stakeholders in the state did not want the all-India NEET exam, which is conducted by the National Testing Agency (NTA).

The resolution has found support in the Assembly, with former Tamil Nadu chief minister and AIADMK leader Edappadi K  Palaniswami supporting the Bill. While reiterating his support for the resolution, Palaniswami said DMK had made an electoral promise to abolish NEET in Tamil Nadu but after coming to power it did not take a clear decision on NEET.

Students & their parents were totally confused over the conduction of NEET exam here. There is no clear stand taken by the DMK govt on NEET. Yesterday, a student, Danush committed suicide. DMK is responsible for it: Former Tamil Nadu CM & AIADMK leader Edappadi K Palaniswami(1/2) pic.twitter.com/dFNN9V1ZSb

The AIADMK had earlier adopted a resolution seeking the state’s exemption from NEET in 2017. However, the Bill failed to get the President’s assent.

A collection of Suicide prevention helpline numbers are available here (Hyerlink: http://www.aasra.info/helpline.html). Please reach out if you or anyone you know is in need of support. The All-India helpline number is: 022-27546669