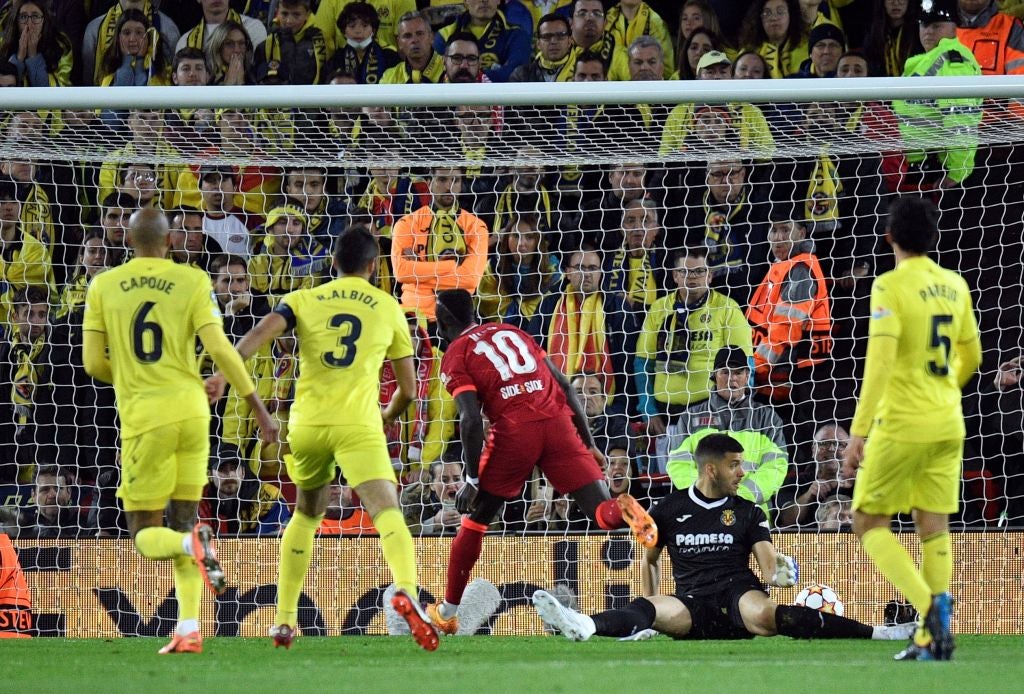 Villarreal must overturn a 2-0 deficit as they welcome Liverpool to Spain in the second leg of their Champions League semi-final.

Unai Emery’s side produced a solid defensive showing and frustrated their hosts in the first half a week ago, but will need to play more proactively in attack if they are to end their opponents’ quadruple hopes.

Both teams opted to rest some likely starters from weekend league action, with Liverpool winners against Newcastle but Villarreal knocked back by Alaves.

Either Manchester City or Real Madrid awaits the winner in the final.

Here’s everything you need to know ahead of the fixture.

When and where is it?

Villarreal vs Liverpool is due to kick-off at 8pm BST on Tuesday 3 May at Estadio de la Cerámica (El Madrigal) in Villarreal, Spain.

How can I watch?

Villarreal were beaten by Alaves in weekend La Liga action, with Unai Emery opting to rest or take off at half-time several of those likely to feature in the second leg. Arnaut Danjuma withdrew late from the game after feeling some discomfort and Gerard Moreno is unlikely to be fit to start as he continues to battle a hamstring issue.

Roberto Firmino is Liverpool’s sole major absentee, and the Brazilian’s foot injury appears unlikely to have healed sufficiently for the forward to be involved in the second leg. Curtis Jones and Kostas Tsimikas did return to the bench, though, for the Newcastle game after ilness and may again be amongst the match day squad.

Liverpool are in such strong form at the moment and appear unlikely to cede their position of strength against a Villarreal side needing to show more ambition to hope to progress. Villarreal 1-2 Liverpool (1-4 agg.)