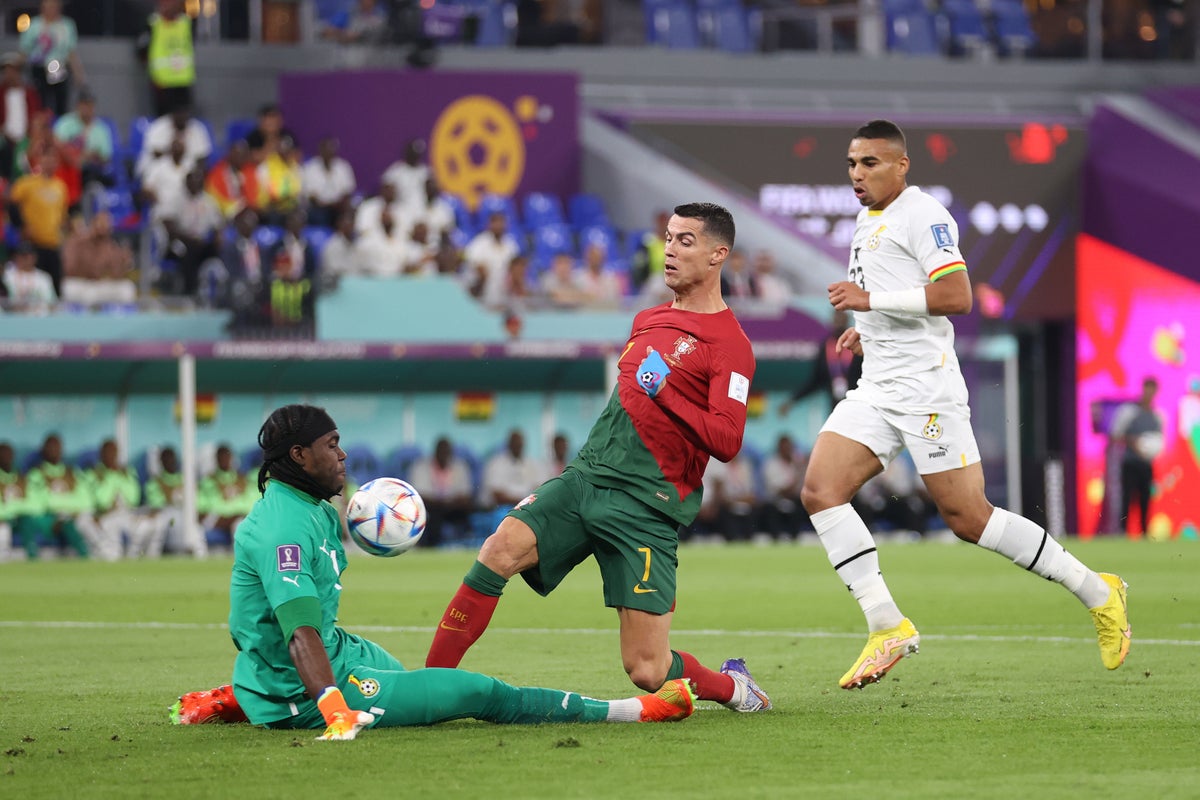 Ronaldo relaxed ahead of Portugal World Cup opener versus Ghana

Cristiano Ronaldo’s Portugal are taking on Ghana at Stadium 974 in Doha as both sides get their Group H campaigns under way.

Ronaldo is playing in his first match since leaving Manchester United by mutual consent earlier this week following his explosive interview with Piers Morgan ahead of the tournament. The 37-year-old Portugal captain is playing in his fifth World Cup and admits it will probably be his last chance to try and win the Jules Rimet trophy. He bids to do so alongside plenty of talented players including Bernardo Silva, Bruno Fernandes and Rafael Leao.

But Ghana will be no pushovers and boast quality throughout their side, including the Arsenal midfielder Thomas Partey at the heart of the team. Every game will be crucial in what has been pinpointed as the most evenly matched group at the tournament, with Uruguay and South Korea also competing for a place in the knockout rounds.

Follow all the action with our live blog below:

Half-time: Goalless at the break, with Ronaldo’s ruled-out goal marking the closest either team has come to breaking the deadlock.

44 mins: Cancelo slings a low cross into the Ghana penalty area from the right, but it’s behind a huddle of bodies and bounces through the box completely.

Portugal soon work it back to the right, where Otavio sees an opening and fires a shot goalwards… and just over.

44 mins: Clever footwork from Fernandes draws a foul in the Ghana half.

The free kick is taken quickly, with Portugal happy to build a move rather than sending a long ball into the box.

42 mins: Ronaldo receives the ball on the left wing and drives into the Ghana box, where he completes a give-and-go with (now-former United teammate) Fernandes…

It’s a neat exchange, but Ronaldo’s subsequent shot on the angle is blocked by Partey.

38 mins: Ghana win a corner on their right flank, which leads to another on their left.

It’s Ronaldo who heads it clear, but a foul is given against Ghana anyway for a foul on Danilo.

37 mins: It’s been all Portugal so far. Otavio kickstarts a neat move outside the Ghana box, slipping a pass to Felix, who is bundled over while laying the ball off to Fernandes.

Advantage is played, though, as Fernandes rolls the ball into Otavio inside the penalty area… only for a well-timed Ghana challenge to halt the move.

34 mins: Portugal have another free kick, this one a bit further forward than their last, and slightly off to the right.

This is a much more direct delivery from Fernandes, who arches the ball in with pace this time…

A Ayew gets stuck in defensively, however, heading it away.

31 mins: Fernandes floats the free kick into the Ghana box, but none of his teammates can get on the end of it.

They end up winning a throw-in on the left, and work the ball to Ronaldo in the Ghana area…

The free agent turns his defender and powers a finish across goal and home!!! BUT…

The whistle had already gone, Ronaldo deemed to have shoved over his defender unfairly! A bit soft, maybe?

30 mins: Abdul Samed blocks off Fernandes as the Manchester United midfielder surges through the Ghana half, and Portugal will have a free kick some way from goal. 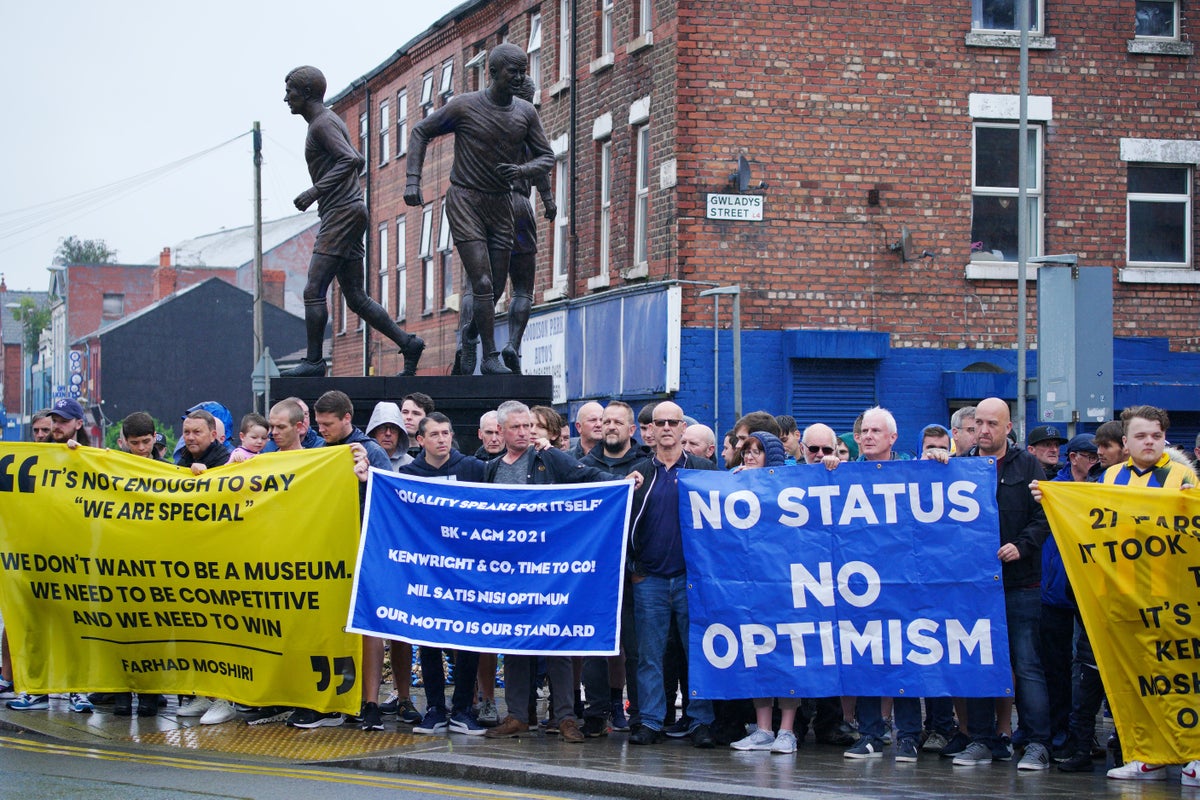 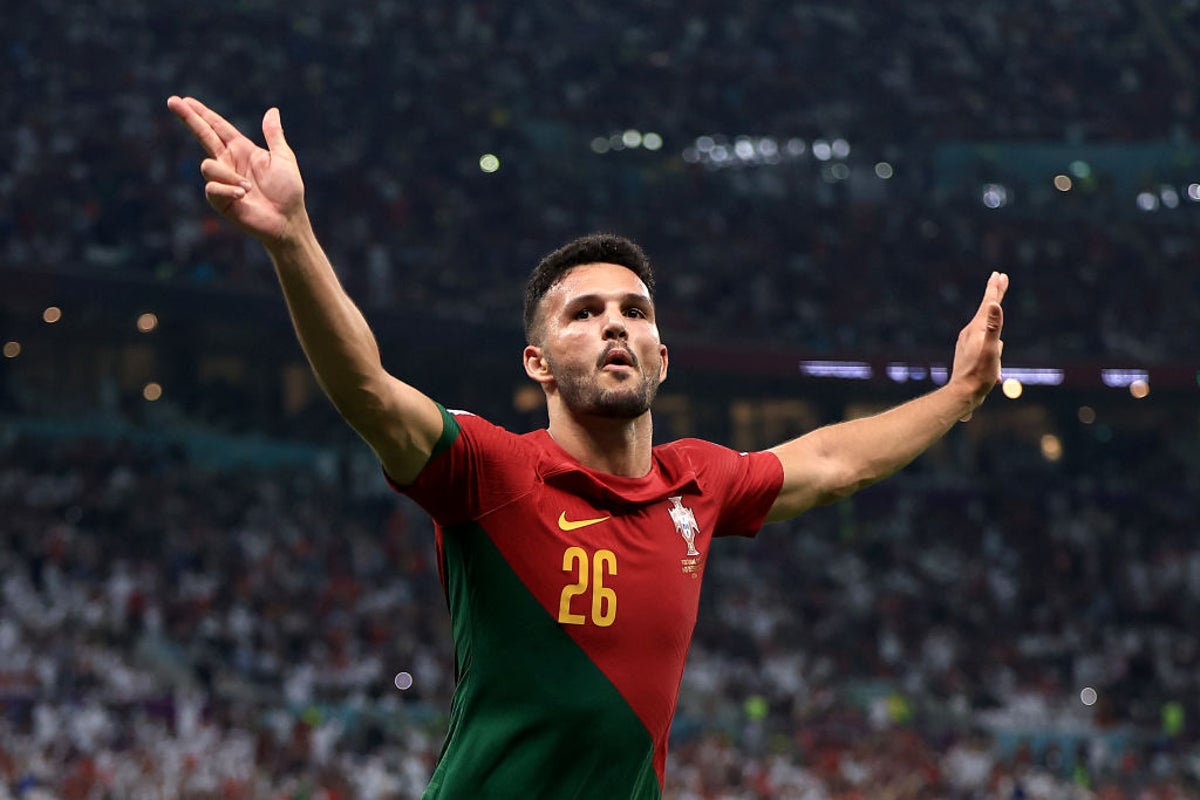 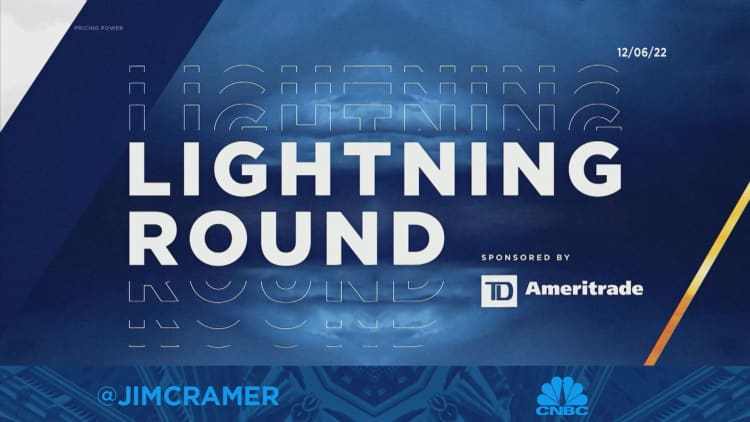